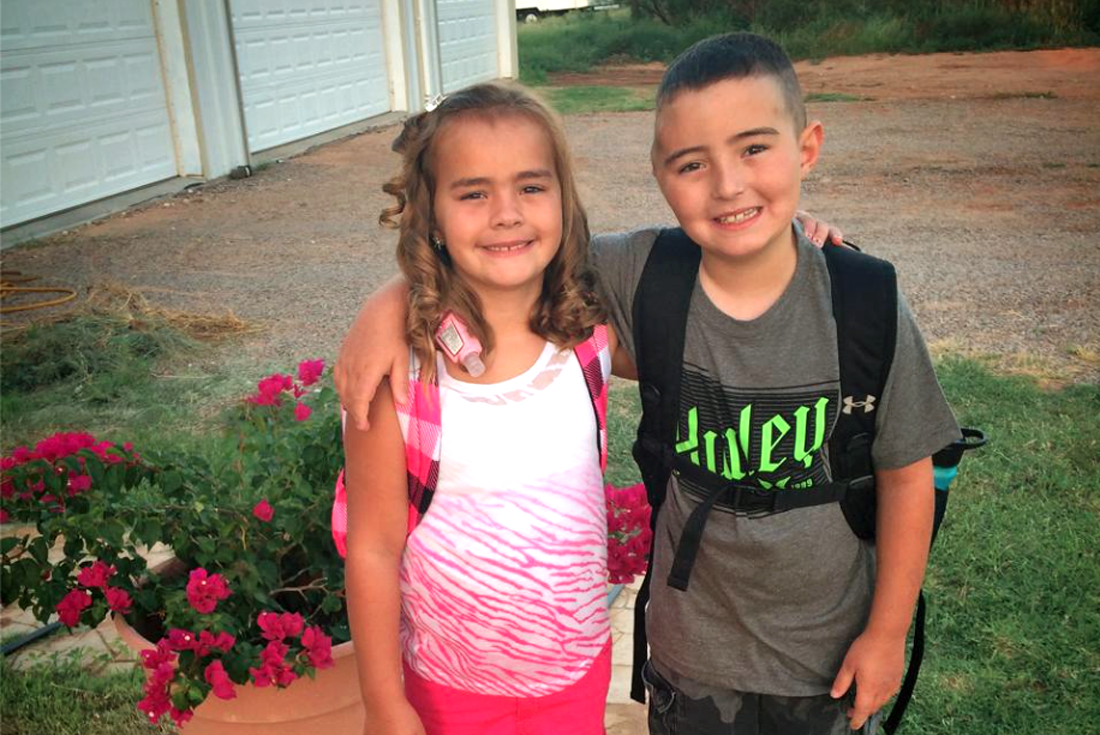 Trevor was diagnosed with a brain tumor in January of 2008.  He was 2 years old at the time.  At the time of diagnoses, the cancer had metastasized, and it was in his spine as well.  He had his first brain surgery on January 29, 2008.  The surgeons only removed a 1×1 mm piece of the tumor for pathology purposes.  The next month, he started on 2 different types of chemotherapy.  Trevor was extremely sick for the first 3 months of chemo.  He did not tolerate it well at all. In April of that same year, an MRI showed that the chemo had not worked, and the tumor had grown. His oncologist immediately wanted to do full brain and spinal radiation.  He told us that Trevor would be “lucky to be a grocery sacker” when he grew up.  We immediately stopped all treatment and started searching for another doctor.  We did not want Trevor to endure such damaging radiation.

In the summer of 2008, we took Trevor to an alternative treatment facility in Scottsdale, Az at the price tag of $8,000 per week.  We spent 8 weeks at this facility.  An MRI after 8 weeks revealed that this treatment did not work either.  His tumor had continued to grow.  Trevor was continually having seizures as well.  He would have anywhere from 7-8 per day.  He had no quality of life.  He would collapse, drool, lose his bladder, tremble, vomit and then sleep after a seizure.  Seizure medication did nothing to help.

In October of 2008, Trevor became a patient at St. Jude in Memphis.  On November 10, 2008, he had his second brain surgery.  This time the surgeons were able to remove approximately 90% of the tumor, and they were able to control his seizures by removing the abnormal tissue.  Trevor went through 9 more types of chemo from 2009-2012.  His tumor would be considered stable at times, then it would show growth or enhancement.  The cancer cells also spread across the top of his brain in what is called leptomeningeal spread.  His doctors described it as a “powdered sugar coating” on a donut.  He finished a very harsh chemo protocol in December of 2012.  The tumor had been stable for about a year at this point.  He had more than a year of “normal”.

Then in September of 2014, an MRI revealed that his tumor had a substantial amount of growth over the past 3 years.  The growth had been so slow that it couldn’t be detected when they compared scan to scan, which occurred every 3-4 months.  The radiologist went back and compared 3 years of scans, and his tumor was getting close to some sensitive areas of his brain.  On November 7, 2014, Trevor had his third brain surgery.  The surgeon was able to remove the portion that had been growing, but there are remaining parts of the tumor that have branched off that are unable to be removed.  Trevor came through each surgery with no deficits!!  Right now, we are just playing the “waiting game”.  Trevor has his next set of scans at the end of January.  We know that more chemo and possibly radiation could be in his future.  We take it one day at a time and enjoy the normal that we have right now.  Trevor is the definition of strength, courage and bravery.  He has never once felt sorry for himself. He truly is a remarkable person that has been fighting for his life for almost 7 years.

Leave a Reply to Ricky and Judy sanders Cancel reply